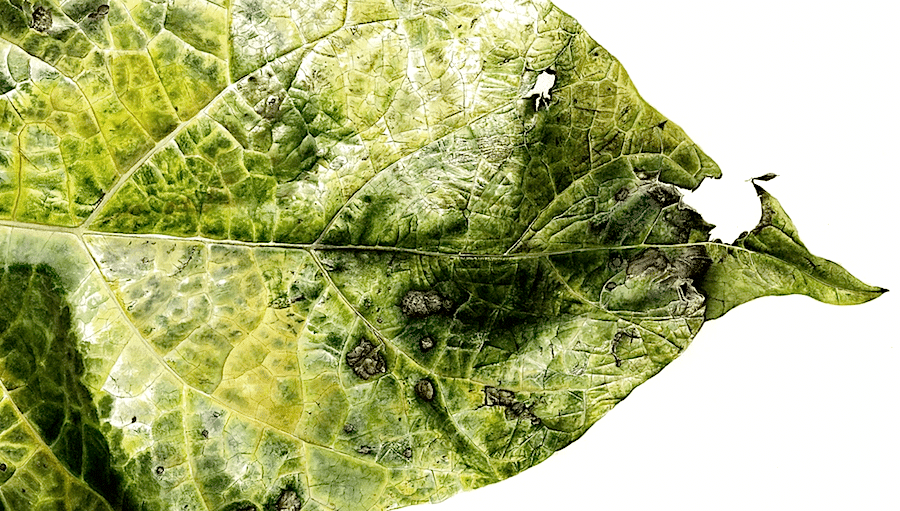 Yes, we were intrigued by the name too!

We were approached through an existing client to make a short film for botanical artist Jess Shepherd who needs to promote her Kickstarter crowdfunding campaign.

The fact that Jess is based just outside Granada in southern Spain is, of course, no problem. 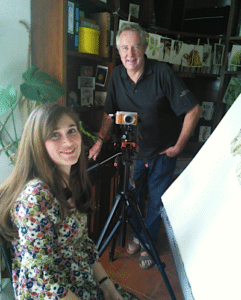 Peter has developed a talent for getting all the necessary equipment into one checked bag and a carry-on. It’s tight but perfectly possible to have all that’s needed, including two cameras, tripods, lenses, audio recording and basic lighting kit anywhere in Europe within a few hours.

We met up for a location recce on arrival day; did the main filming the following day and popped back a couple of days later for a few pick-up shots.

Jess works under the name of Inky Leaves, producing spectacularly detailed and huge scale paintings of, you guessed it, leaves. Niche as it may sound, her work is fantastic, transcending botanical illustration and delivering beautiful paintings that happen to be on a botanical theme.

She tells the story of her first leaf painting and how it led to something of an obsession with accurately portraying way more than just the surface appearance of leaves. They really are worth seeing at inkyleaves.com

Better still, her collection of 30+ leaf paintings, called Leafscape will be exhibited in London in the new year and, assuming the Kickstarter campaign works out, they will also be presented in a high end book, complete with a soundtrack of field recordings from locations where the leaves were found.

Given that Jess is such a creative soul, it is proving to be a great opportunity to collaborate extensively with her on the production.

One of the great aspects of the work we do is the relationships that develop with clients through the production process. Maybe we are just very lucky but so many clients quickly become friends with whom we enjoy ongoing collaborative relationships.

The Leafscape film is complete and you can watch it in our screening room or, better still, see it on Jess’ Kickstarter page and take a look at what’s on offer.

The Leafscape Kickstarter campaign is ended, and what a success it was. Jess set her target at £8,500 which would have enabled the boot be published. By the close of the campaign, 439 people had pledged a total of £24,867 which has enabled the book, not only to be printed, but also bound in a special way that enables it to lay flat when open and to have its very own rather special slip-cover.

Huge congratulations to Jess and we’d like to think that the film on the Kickstarter page might have helped just a bit!